Rather than standing side by side in uniform, the way most team photos are taken, the 1977 Marquette basketball team, headed up by coach Al McGuire chose to do something different. Dressed to the nines in a variety of tuxedos, the team gathers stylishly around a 1934 vintage Packard convertible. It’s only the rogue inclusion of a singular basketball that would even clue an outsider in that this was a sports team.  Dick Engberg, who memorialized McGuire in a play he wrote about the coach, once said, “That photo from 1977 is an indication of how Al was different from all the rest. He delighted in doing things that were not ordinary and was probably the most unordinary person and character that I’ve ever met. There was no coach at the time like him.” 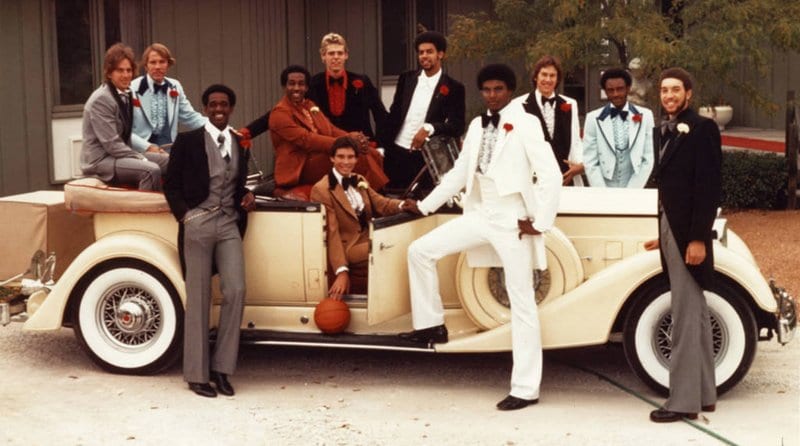 The aesthetic that characterized the famous photo is exactly how McGuire coached his team to play. Though they’re buttoned up, displaying their inherent discipline, there’s an air of whimsy involved in the photograph’s styling. That dichotomy is what has made the image so iconic. McGuire’s personality stood out just as much as his team did, as he often was sent into rages on the sidelines of games, even when later acknowledging that he was upset Marquette was beat by a better team. 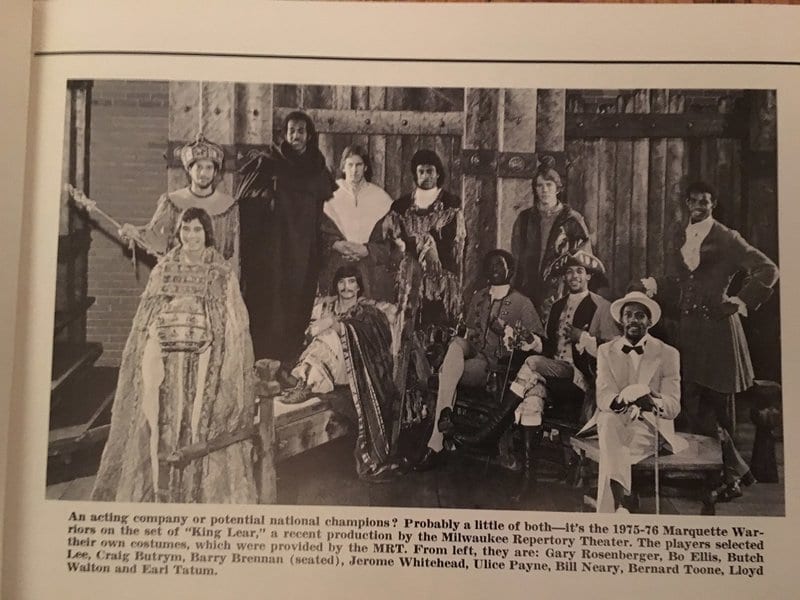 Kevin Byrne, who worked as the sports information director shared, “We were looked as a wild team,. Yet, we were actually one of the most disciplined teams in America. We never ran the ball. We walked the ball up the court. Every possession was gold. Turnovers were a mortal sin. As I got to thinking about that, we’re a classy team. That led to the tuxes.” The year before the car photo, McGuire took the team to a local theatre, where they ruffled through the costume shop, finding a variety of historic garb to wear for their media guide’s photo. The tuxes were chosen to follow up on that photo, but its legacy ended up far surpassing the original.