Sporting legend Michael Jordan has been busy since he retired from basketball in 2003. Not only is he the principal owner of the Charlotte Hornets, but he’s been making sure that he does all that he can for his local community and hometown.

Michael Jordan is definitely what you’d call a philanthropist when you see just how much he’s done for those less fortunate over the years. As an ambassador of the Make-A-Wish Foundation, he’s raised over $5 million for the charity and granted over 200 wishes. In 2018, he donated $2 million to the relief efforts after Hurricane Florence damaged parts of North Carolina and another $1 million following Hurricane Dorian ravaging the Bahamas in 2019.

However, one of the biggest donations he’s made to date was a whopping $7 million toward health clinics in Charlotte for the uninsured. He made the donation in 2017 in an effort to build two of the clinics in his hometown. The first clinic in west Charlotte opened last year to offer comprehensive healthcare for those who don’t have medical insurance. Over 3,350 patients have been seen at the location since it opened last Fall. 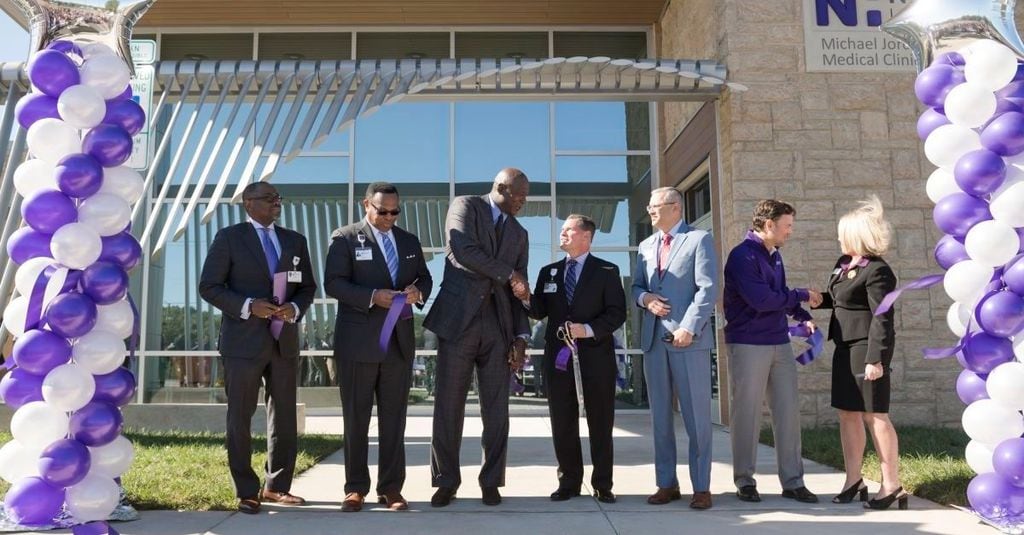 Earlier this month, Michael Jordan appeared on a Zoom call with patients to announce that the second clinic was now open in North End. He explained how no one could have imagined what would happen after the first clinic opened, alluding to the global health crisis we now find ourselves in. However, it seems as though these clinics have now become a lifeline for many.

We love to see sports stars using all of the money they make for good. There’s no denying Michael Jordan has done something truly incredible for his community, which should help thousands more Charlotteans.

During his playing career, Steve Nash was considered one of the most intelligent NBA stars in the ...

The world of boxing has seen some amazing fighters come and go over the years, but there’s no doubt ...

When rookie Rasmus Dahlin made it to the NHL last season, he must have felt as though his dreams ...