Though fans were divided on the idea, many showed up anyway, sporting a variety of signs poking fun at their less than stellar football team. Even if celebrating their team’s total defeat this season seems a bit ironic, they did in fact make history by becoming only the second team ever to lose all 16 games in a season. It might have been cold, but there was some good that came out of such a crushing season. 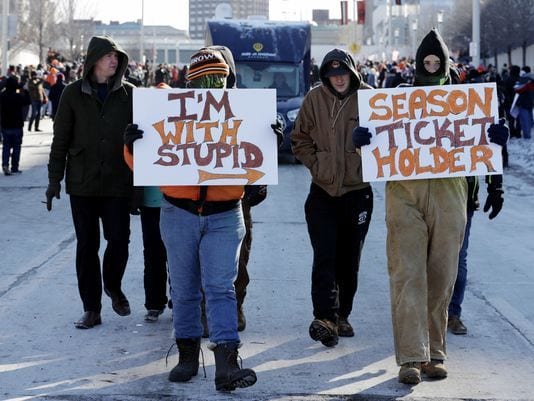 With their last place finish, of course, Cleveland now gets the first round draft pick, which may help them to recruit a star player good enough to get them out of their rut. The parade viewed in this light, as a moment of hope, showing that the Browns may be down, but they’re ready to spring back with a vengeance. More than that though, the parade raised a record amount of money to donate to the Greater Cleveland Food Bank. By the end of the day, they had collected over $17,000, which can be used to serve nearly 70,000 meals to those in need. 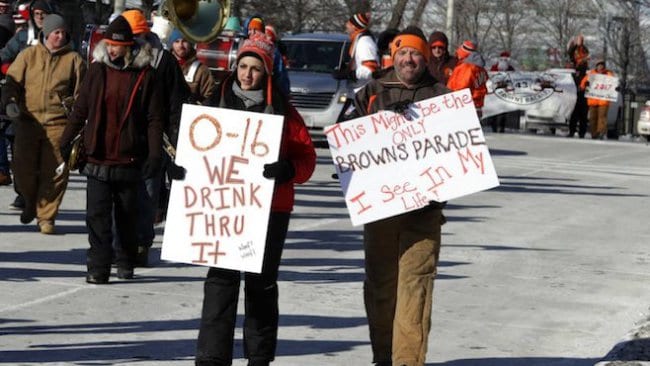 The parade was organized by Chris McNeil, who is a season ticket holder. He was especially proud that a parade honoring total loss could have such winning consequences. He told the Associated Press, “This stuff matters in this town. That’s why I care about this stuff. I almost get choked up when I think about it, because people don’t realize that. You go to other markets, and people enjoy their teams and I get that. But there’s a connection here where it’s like family. And to see something like the Browns be bad, it’s easy for me to make jokes, it’s either you do that or you cry.”

After Lengthy Deliberation at the 2020 CBA, Here’s What’s Next For the NFL

Back in 1968, American football players took to the NFL Player's Association to make some changes. ...

Venus and Serena Williams are only one of the many siblings who compete at the highest level of ...