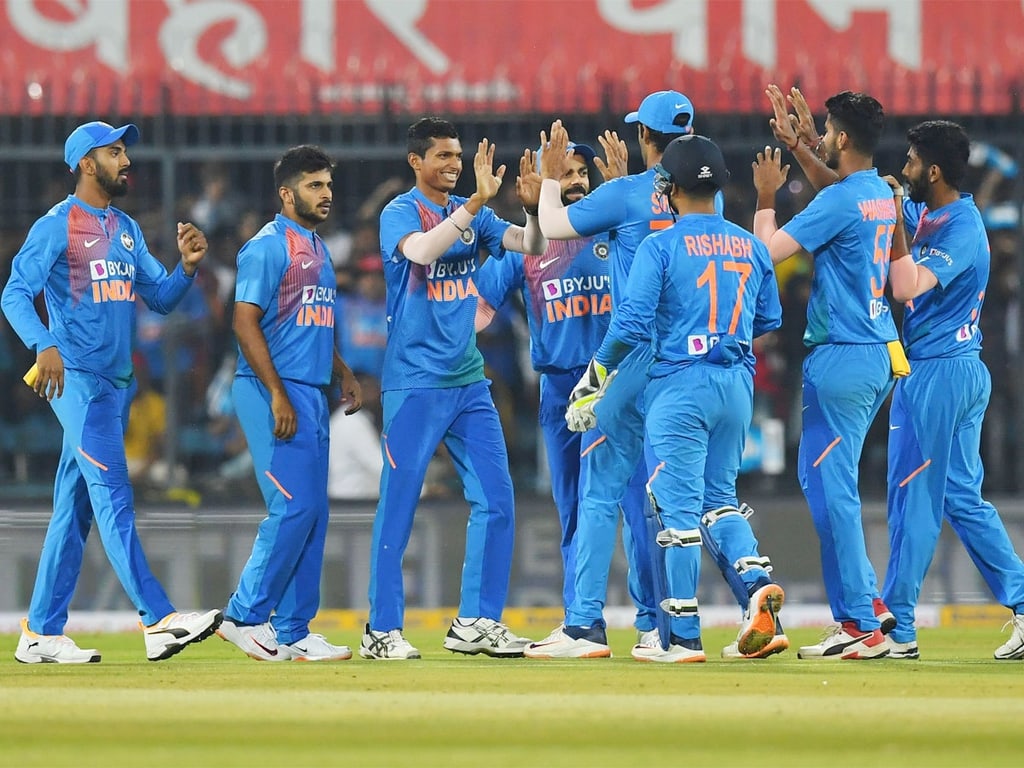 In December, the touring side was bowled out for 36. It’s India’s team’s lowest total in Test cricket. They lost the first match of the series against Australia in Adelaide. Exactly one month later, we witnessed the culmination of probably the greatest series the game has ever seen. Perhaps the greatest comeback too.

Outstanding Comeback By The Team of India

India came fighting back so they could win the second Test in Melbourne, dug in to draw in Sydney, and then they pulled off an impressive run-chase so they could snatch the win by three wickets in the decider at the Gabba in Brisbane. Let’s see how the cricketing world reacted.

Key players were missing from the Indian team. This includes the captain of the team Virat Kohli who returned after the first Test to be at the birth of his first child. As expected, he was overjoyed at the way his team bounced back to grab the win. 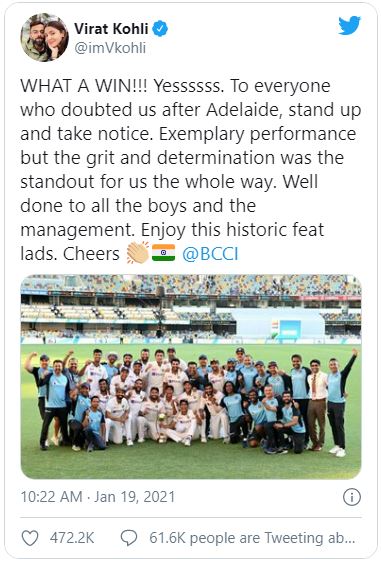 It turns out he left the side in capable hands, with Ajinkya Rahane leading the fight back. 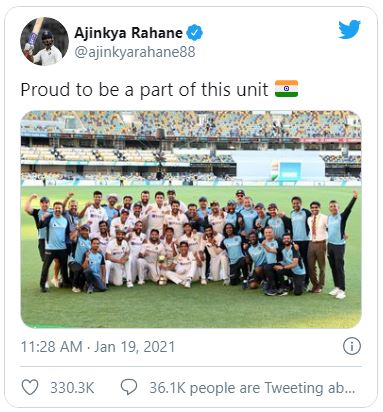 The great comeback was appreciated by India’s greatest batsman of all. 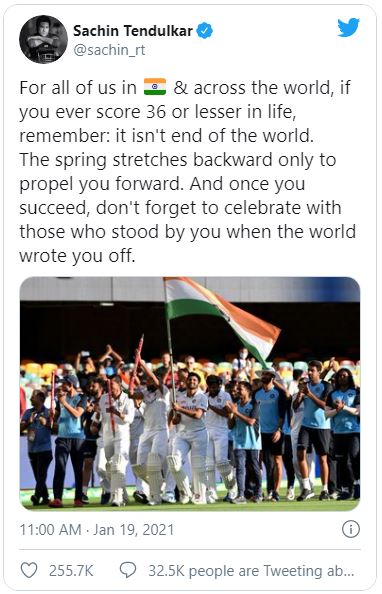 Argentina Had Their Chances

Stand-in skipper Ajinkya Rahane scored an impressive century, ably assisted by fine innings from Ravindra Jadeja as part of an unbeaten 104-run partnership. After this, Australia was left to rue its missing chances. They dropped three catches across the day’s play. Steve Smith, Tim Paine, and to a lesser account, Cameran Green were all guilty of dropping chances. This, plus many other chances that fell just short of the slip cordon, combined with the impression that it was not to be Australia’s day guaranteed the win for the Indian team.

Australia’s worries looked to be over when Rahane hit a rising ball straight into the air off Mitchel Starc, only for Travis Head to drop possibly the simplest chance in the final action before rain brought a premature close to the day’s play.

Bayern Munich Are The New Champions Of Europe

Bayern Munich were officially crowned the kings of European soccer at the end of August. The German ...