Predicting college football can be tough for even the best experts. The ever-changing rosters mean that a team that looks strong in preseason can fall by the wayside after the first few gameweeks. So, we’re sticking our necks out and predicting the teams we expect to rise through the rankings in 2020.

Coach Gary Patterson has been with the TCU Horned Frogs since 2001, and as the Patriots will know, sticking with a good coach for a long time works. The Frogs lost a couple of first-round stars from their roster, so those positions need looking at. If quarterback Max Duggan, who blows hot and cold, picks up form they will be a danger.

There is no denying the Razorbacks had a bad season in 2019, picking up just two wins. They are sure to pick up from that form this season after making a change at quarterback, which can bring them closer to four wins.

Last season was just one of those years where nothing went right for Stanford Cardinal. In each of coach Shaw’s eighty seasons prior to last year, the Cardinal had won eight games or more. They should have a more fruitful season this year thanks to their hotly-tipped quarterback Davis Mills.

The NorthwesternWildcats brought in a new offensive coordinator and quarterback for the new season, and they should be a threat once more. With a favorable schedule toward the final few games, the Wildcats should be looking at picking up at least eight wins and a bowl appearance. 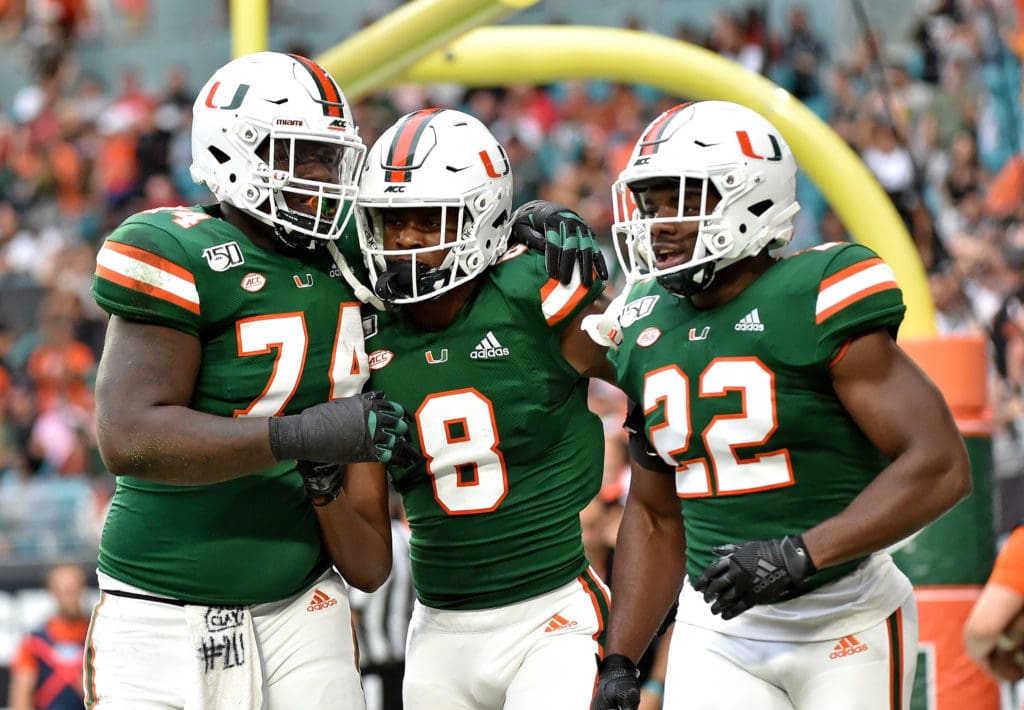 This upcoming season, Miami’s schedule looks to be favorable for the Hurricanes. There are few top 25 teams standing in Miami’s way during the regular season, with North Carolina and Virginia Tech the two big threats. The Hurricanes also have two of the most important positions on the football field well covered, defensive end and quarterback.

Love college football? Then you’ll want to keep your eye on these teams!

One of the most thought-provoking yet hot taking causing debates a sports fans and pundits can have ...