When Alabama and Minnesota played each other in Brooklyn, no one thought that it would end up becoming “the time Alabama played three-on-five for 10 minutes and almost won the game anyway.” 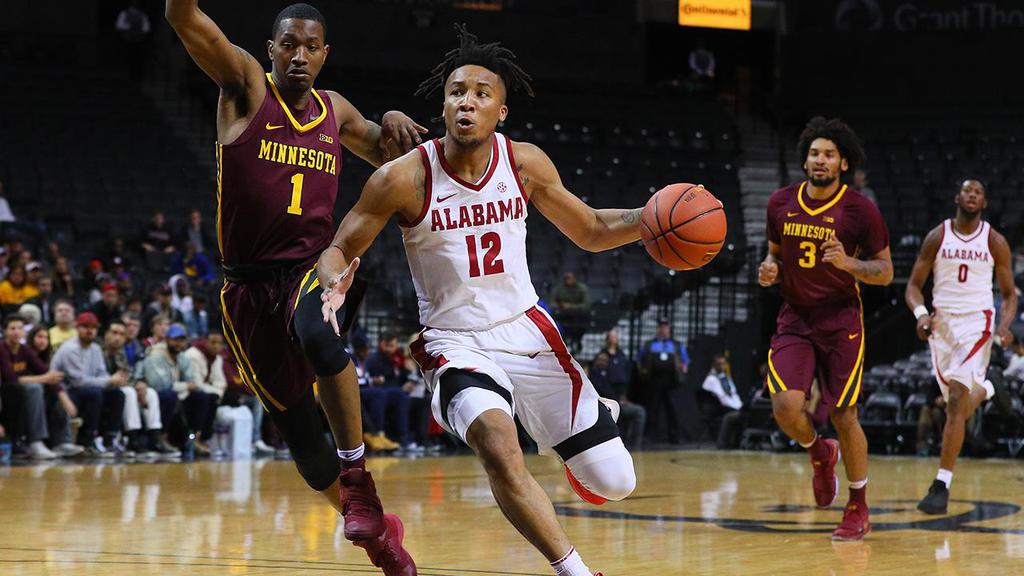 “I have never, ever, ever seen anything like that in my life,” Minnesota coach Richard Pitino said. His team ended up with 89-84. But it wasn’t the result that got people talking.

With 14:06 left in the second half of the game, Alabama’s Colin Sexton and Minnesota’s Nate Mason had an encounter, which resulted in a double technical and eventually, Mason’s ejection from the game. Pitino also received a technical later on.

Another scuffle arose between Dazon Ingram and Dupree McBrayer. As a result, everyone from the Crimson Tide’s bench burst onto the scene creating absolute chaos. This meant that everyone got ejected and only a handful of Alabama players were left: these were Sexton, Petty, Smith, and Norris. 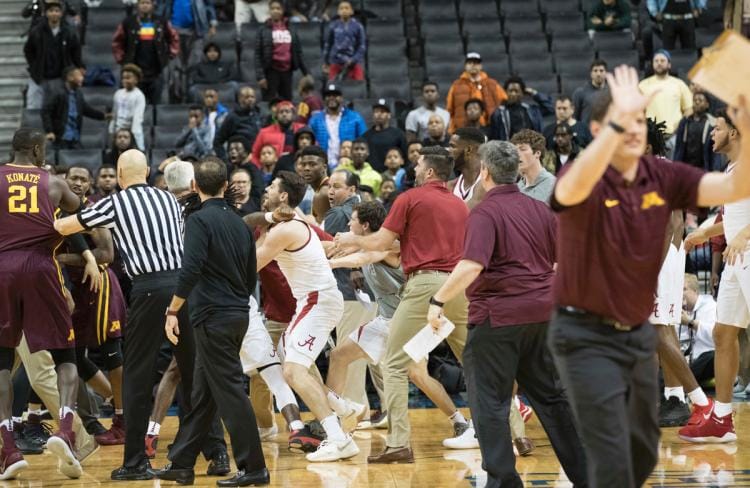 Pitino admitted that he was unsure how to handle such a peculiar situation. “We don’t practice a lot of five-on-three offense,” he said. Amazingly, Alabama somehow managed to cut Minnesota’s lead to a minimum. “It was mostly just Collin Sexton throwing up threes to be honest with you,” Jordan Murphy said.

Sexton ended up with 40 points. Incredibly, 23 of them came after the mass ejection. For many, it was the type of game they have never seen before. With 1:39 left on the clock, Sexton singlehandedly brought the game to three points.

“The lesson we can learn is when we have five guys on the floor, we could use that same kind of energy,” Avery Johnson said. It’s a strange situation. What exactly do you do when you’re up two players and leading? Do you keep going for the kill or do you just hold back and sit on your lead? 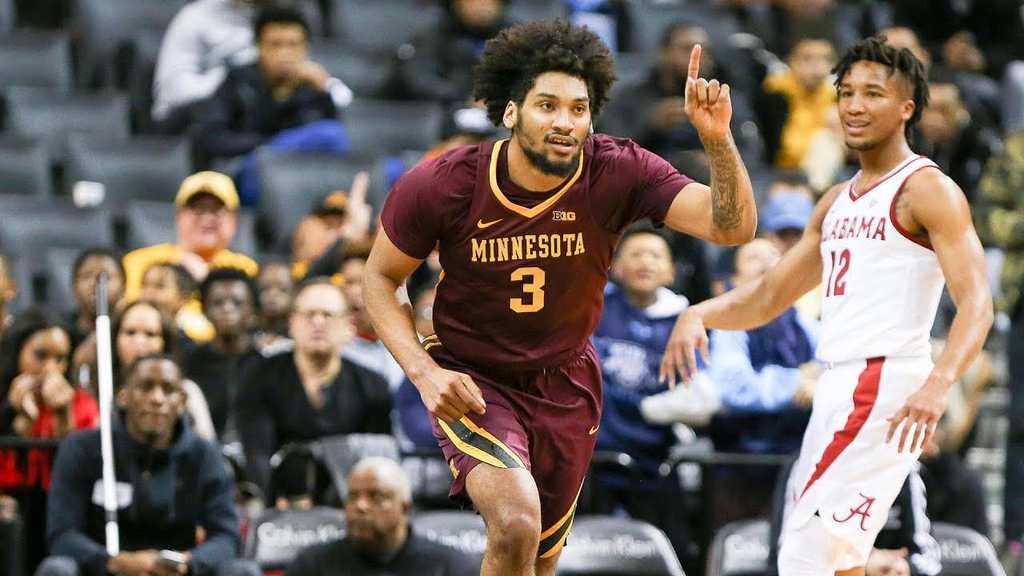 The most ironic thing about the game was that, despite the on-court tensions that completely changed the game, the crowd was absolutely loving it and it actually brought fans closer together.

The new English Premier League season kicks off in September, and with a new season comes new ...

Will Aaron Rodgers Pick Up The MVP Award This Coming Season?

Aaron Rodgers is coming off his worst season ever in terms of victories, but that hasn’t stopped ...

Novak Djokovic may be one of the undisputed kings on the tennis court, but that doesn’t mean he’s ...