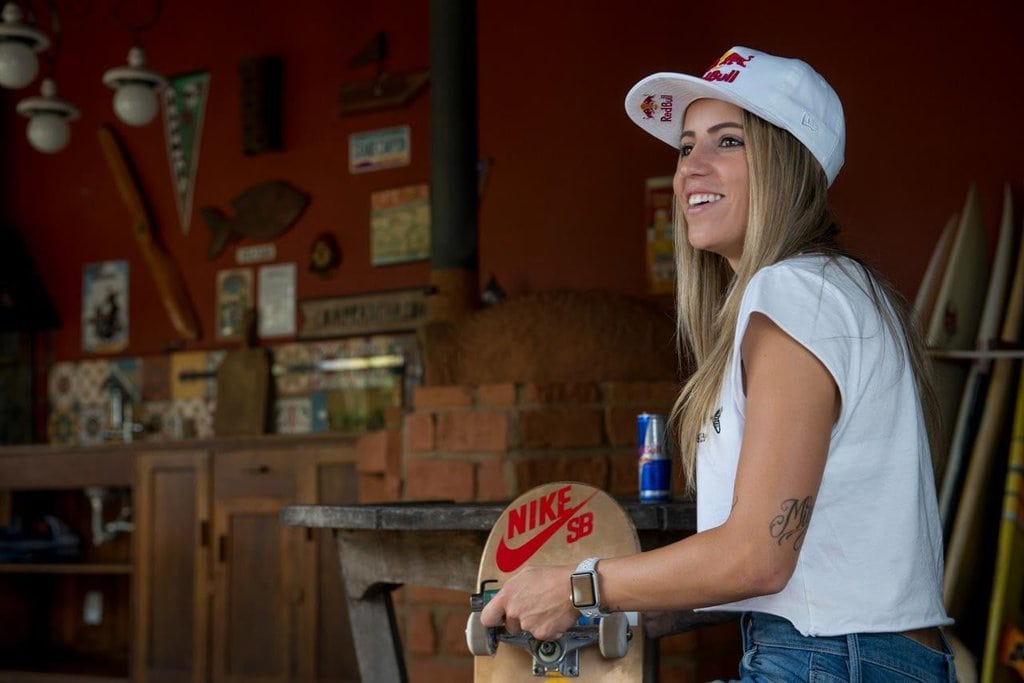 When street skater Leticia Bufoni launches into the air off the top of a ramp, time certainly slows down. Her tattooed arms spread wide like the wings of an angel, eyes laser-focused on the board, and fingers outstretched on the board as it nears impact with the pavement. When she lands, it’s a swift transition to the next big trick.

The 27-year-old Bufoni has used her full momentum in order to fuel her dreams of being a professional skateboarder since she decided to move from her hometown Sao Paulo to Southern California. Now, with five X-Games gold medals attached to her name, including a big win in Shanghai last year that tied a decade-old world record for most gold in women’s SKB Street that’s set by Elissa Steamer, Bufoni is focused on training hard for the 2021 Summer Games in Tokyo, where her sport is set to make its Olympic debut. 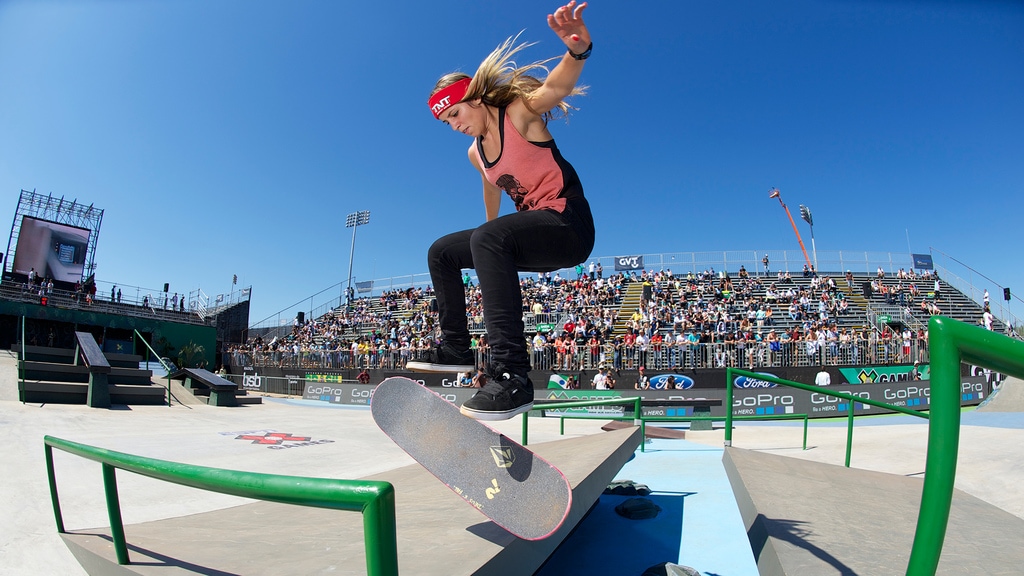 In the gym, Bufoni works hard with unilateral weight-lifting exercises to increase core strength and balance, while jumping rope, running on the treadmill, and playing soccer to build her cardiovascular fitness. In the skatepark, the Red Bull athlete sometimes spends four hours a day practicing tricks but if she bails down cement stairs, she cuts down her training time by more than half due to the stress she puts on her joints.

What Is Leticia Bufoni Focused On?

When asked if there are any specific workouts that you particularly enjoy or think help her become a better skater, she answers that at the workouts and training she does at the Red Bull Gym, her trainer always makes sure that her workouts are fun, so she doesn’t get bored. Leticia also shares that right now, she is focusing on skating a lot and not getting injured because if she does, there is nothing she can do. She doesn’t want to push her limits and try something that’s too hard. She wants to train every day so she can get her body at 100% and just be ready for the Olympics. She hopes that one year from now, she will be sitting in her house with an Olympic medal on her chest. This would be her dream life.

March Madness 2019 Is Upon Us: Experts Pick Their Favorites For The Final Four

March Madness 2019 is finally here. You know what that means, ladies and gentleman. The bracket for ...

Everything You Need to Know About the NBA Return

The resumption of the 2019-20 NBA season is on the horizon, but questions still remain about how ...