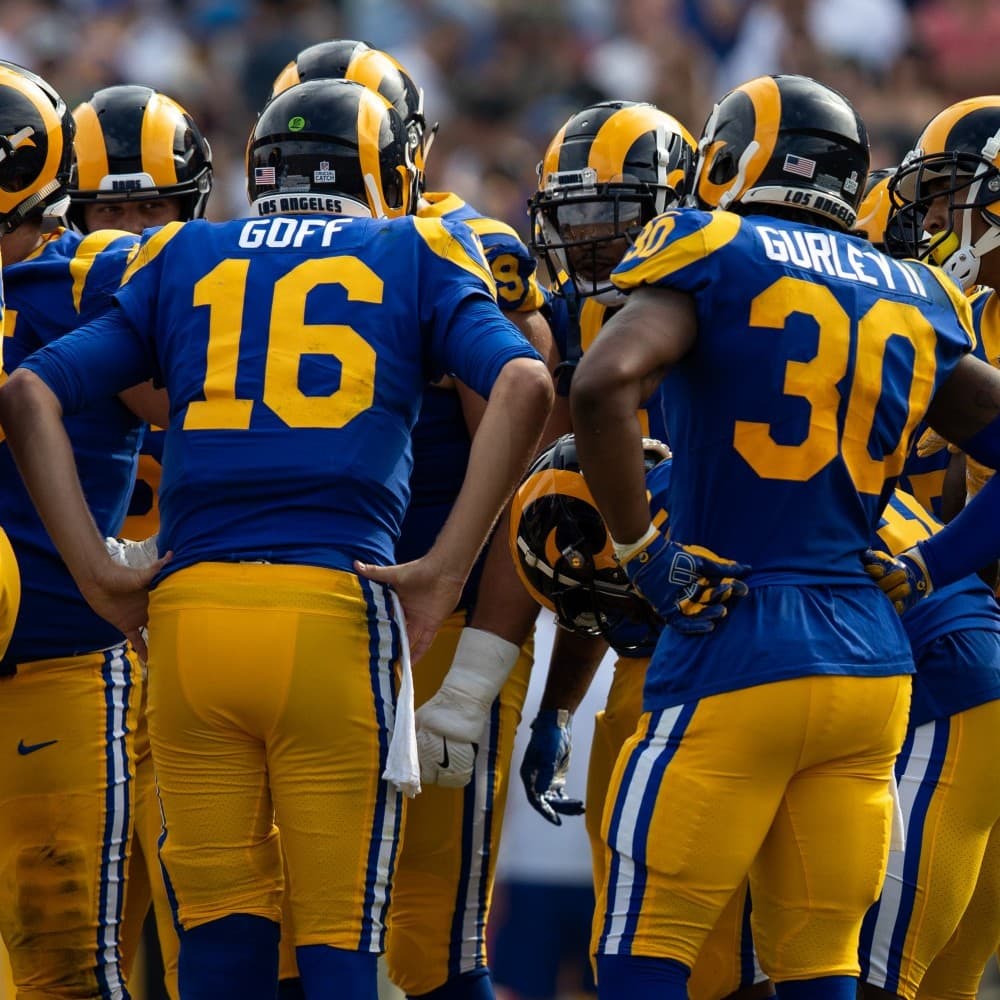 Los Angeles Rams have announced another team uniform look for the Super Bowl 2021 season, with nostalgic elements for the fans. The uniform, fondly called the “modern throwback”, incorporates elements from more than two-decade-long histories of the team’s uniform.

The Design of the Uniform 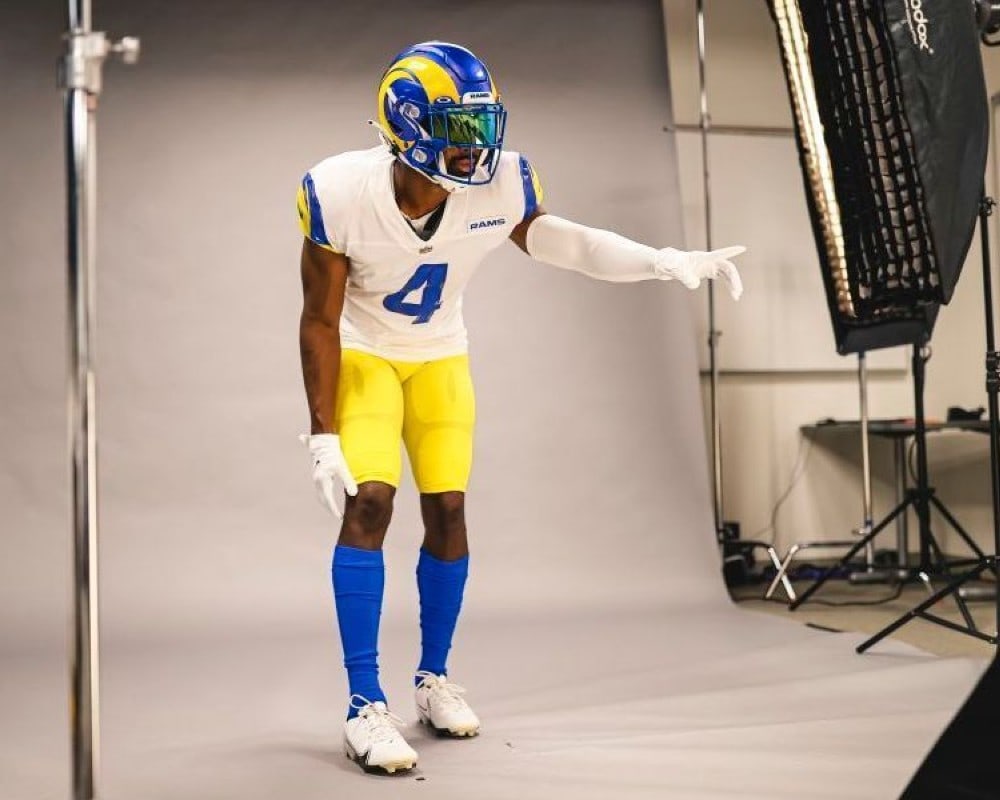 The design of Los Angeles Rams’ new uniform features elements from the team’s past uniforms, starting from the mid-1970s to 2000, ranging from Super Bowl XIV to Super Bowl XXXIV. The uniform will contain a white-colored jersey imprinted with solid blue-colored numbers, completed with blue-colored shoulder-ram horns and yellow-colored capped sleeves. The jersey will be further decorated with the logo of the Rams on the neck part, and the word mark patch of the team on the frontal left side. Pairing with the jersey, the helmet design will be the same as last season, as per the NFL’s one-helmet rule. Though the rule was annulled this off-season, the withdrawal won’t be in effect until 2022. The Rams will be seen in this new uniform in three regular games of the 2021 season- their opening game against the ‘Chicago Bears’, Week 9 game against the ‘Tennessee Titans’ and Week 10 game against the ‘San Francisco 49ers’.

Vision behind the Venture 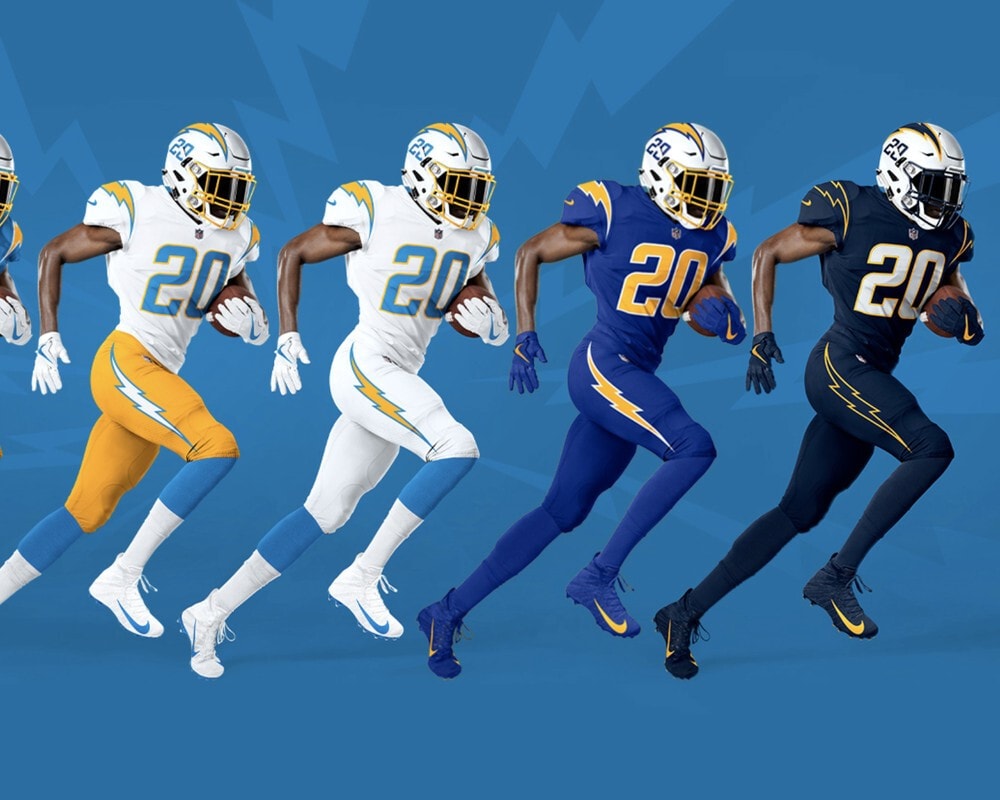 In May, last year, the Rams boasted their rebrand uniform featuring three new colors, a brand new logo, and a new helmet with a blue-colored face mask. They named the three new colors “Rams Royal”, “Bone” and “Sol.” The uniform redesign launch was planned for the day of 2020 opening at the SoFi Stadium. According to Kevin Demoff, the Rams Chief Operating Officer, the new design is a unique balancing act, matching between the amazing style and modern building of the team, and the loving tradition of a decades-long iconic history of the team.

This season, the Milwaukee Bucks will wear throwback uniforms. Which relic? Apparently, all the ...

Rugby in the U.S. Is Really Having a Moment Right Now – Maybe

The world of sports always finds a way to surprise fans. One of the latest surprises is, drum ...