The tragic death of 20-year-old Daunte Wright in Brooklyn Center has caused days of protests and even overnight curfews. Two NBA teams paid tribute to Wright before their game in Minneapolis, which ended up being postponed for 24 hours.

The Minnesota Timberwolves and the Brooklyn Nets finally took the court against each other after having their game postponed for 24 hours. However, before the NBA game started, there was a moment of silence to pay tribute to Daunte Wright.

The Timberwolves even took to social media to bring more attention to Wright and the tragedy that occurred. The team let their followers know on Twitter that despite them having a game that night, they won’t be posting their usual content as they want justice for Daunte Wright.

Wright was pulled over for a traffic violation and later wrongfully shot by the officer who meant to use her taser instead. The tension in nearby Minneapolis was already high due to the wrongful killing of George Floyd, just over a year ago.

NBA Players Stand up for Justice 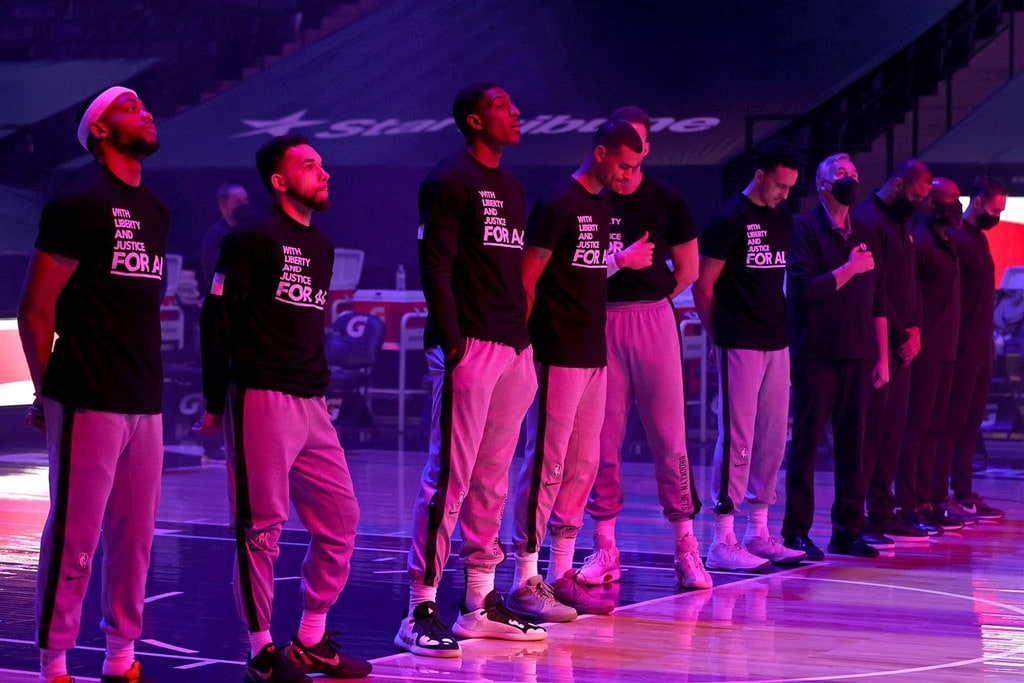 Josh Okogie, a guard for the Minnesota Timberwolves, said that these deaths are happening too frequently. He added that people have to be held accountable and that the conversation needs to continue. Okogie mentioned that he and his family, including his brothers and sisters, are not far removed from the fact that this kind of thing can happen to anyone.

Kevin Durant also had something to say. He believes that people are aware of what’s going on in the U.S. and that conversations are held all the time about these kinds of situations.

The players lined up for a moment of silence before the game began while wearing T-shirts that read “with liberty and justice for all.” This isn’t the first time NBA players have worn apparel before games as a way of voicing the need for justice for Black lives.

NHL Superstar Connor McDavid Is Not Out of the Woods Yet