November 25th, 2020, is a date that will forever mark football as the Argentinian icon, Diego Armando Maradona, aged 60, passed away. He suffered a heart attack at home just two weeks after being released from hospital following surgery for a bleed on his brain. 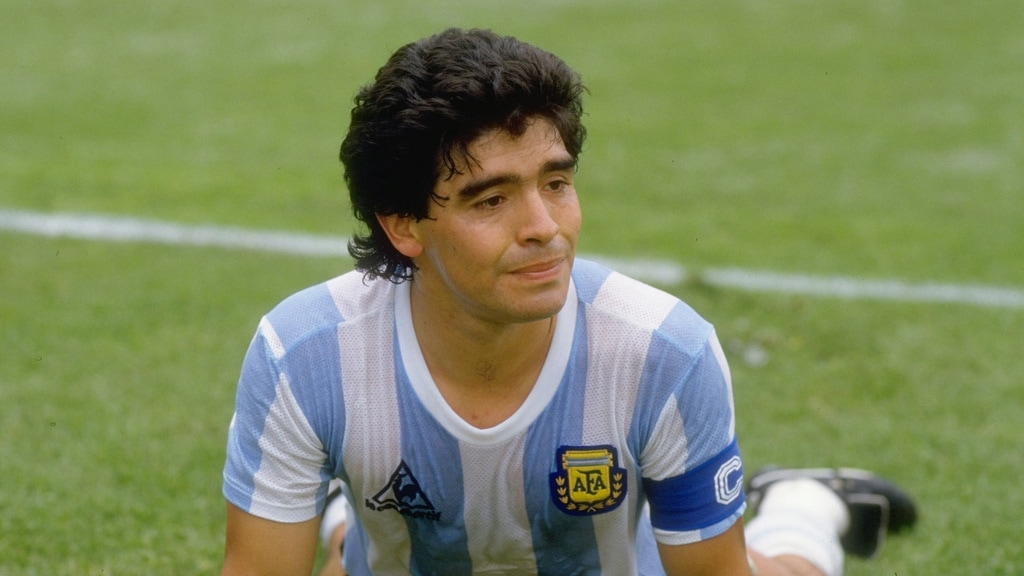 Born on October 30th, 1960, in Lanús, Buenos Aires Province to a poor family, Maradona was the fifth of seven siblings and the oldest son. He started showing his talents at a very young age and was quickly spotted by a talent scout while playing in his neighborhood club, Estrella Roja. He was transferred to Argentinos Juniors junior team where he continued his amazing performances, which earned him his nickname “El Pibe de Oro” (“The Golden Boy”). 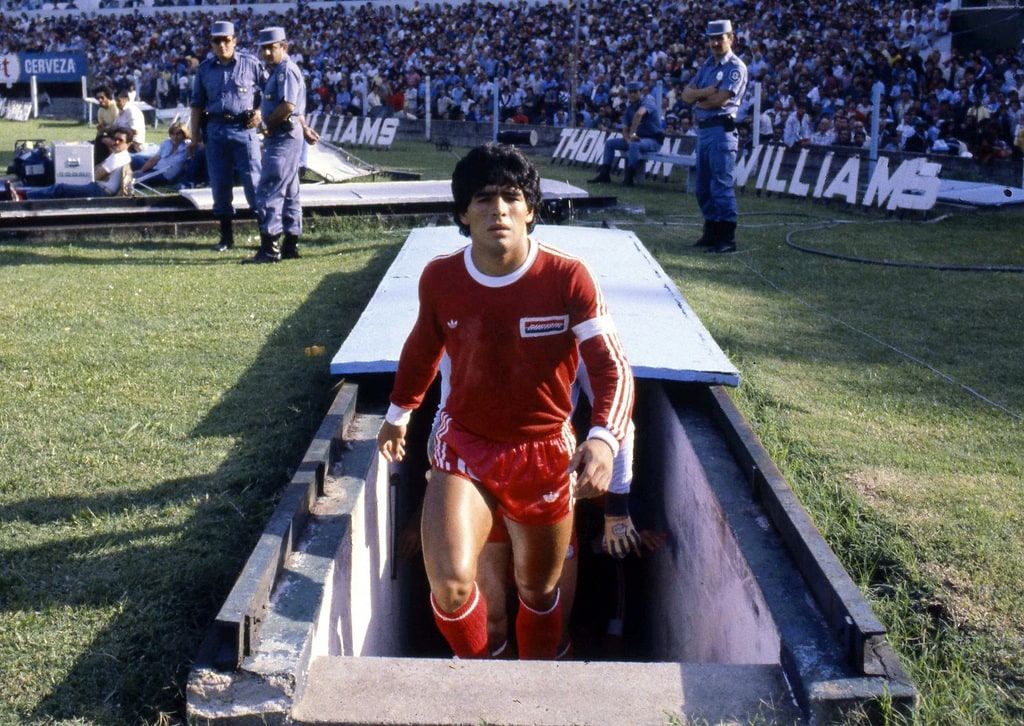 Ten days before his 16th birthday, Maradona made his professional debut for Argentinos Juniors in a match against Talleres de Córdoba. He played with the number 16 on his back, and became the youngest player in the history of Argentine top-tier football. He spent five years at the club before transferring to Boca Juniors, one of Argentina’s and South America’s most popular and successful football clubs.

After a single season with Boca, he moved to Europe to play for Spanish giants, Barcelona. Maradona had a difficult tenure in Spain due to injuries and controversial incidents on the field. Two years later, he was transferred to the Italian club Napoli where he was welcomed by 75,000 fans at his presentation. It is with this team that “The Golden Boy” achieved his greatest success at club level, winning two Scudettos, a Coppa Italia, a Supercoppa Italia, and the UEFA Cup in 1989. His vision, passing, ball control, and dribbling enchanted the Napoli fans who continue to adore and love him to this day. Maradona became Naple’s favorite son! 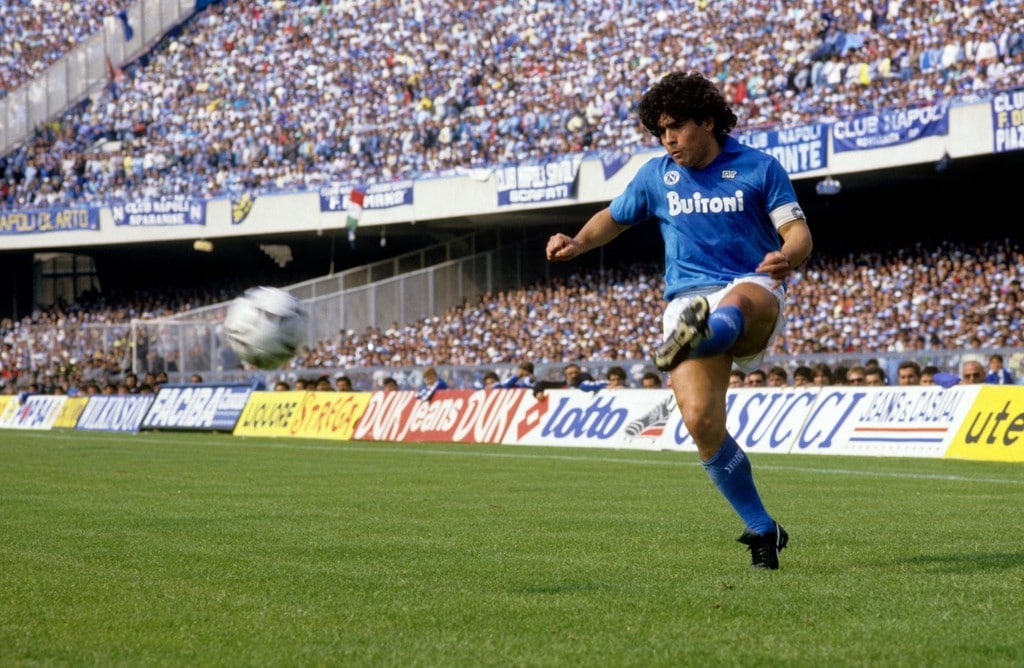 Maradona’s greatest achievement came during the 1986 World Cup in Mexico. He captained his team to victory, playing every minute of every game, scoring five goals, and making five assists. The quarterfinal against England will forever be part of football’s folklore. The Argentinian legend scored both goals. The first by using his hand, which remained unnoticed by the game officials, and later became known as the “Hand of God”. The second, however, was a display of his mastery and talent. He took the ball in his own half, dribbled past six English players, including the goalkeeper, Peter Shilton, before slotting the ball into the net. The goal was recognized as the “Goal of the Century” in 2002. 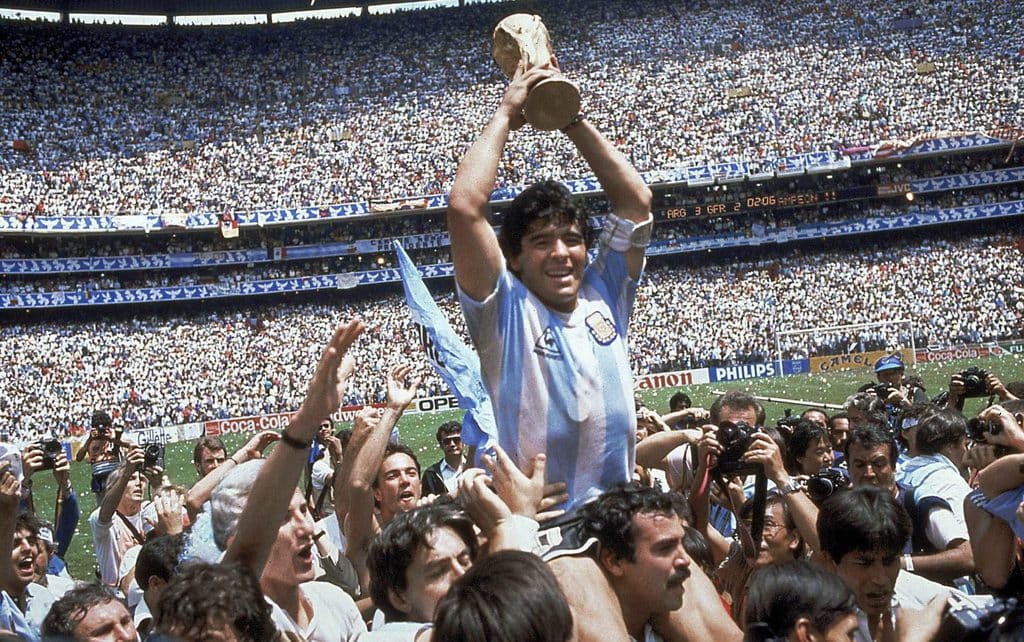 The passing of Maradona affected greatly every football aficionado in the world. It made his country fall in tears while President Alberto Fernández announced three days of national mourning. Napoli decided to honor its greatest player by renaming its stadium after him. On November 25, 2020, football lost arguably its most-talented number 10!

Winter sports are a favorite among countless people from all around the world. Every year during ...

Meghan McPeak had no intention of making history. But in 2020, as part of the NBA's first all-woman ...